Accelerating examination to obtain a US patent

#Patents #PPH
The speed of examination at the US Patent Office (USPTO) to obtain a US patent can be excessively long for some patent applicants. This may be especially true for applicants in technical fields with limited periods of commercial advantage. Nevertheless the USPTO offers multiple initiatives to advance the speed of examination.

Paris, May 4, 2022 – European applicants and practitioners accustomed to receiving a search report from the European Patent Office within about 6 months of application filing may find themselves frustrated by the speed of examination at the US Patent Office (USPTO). As of August 2021, the average pendency period from application filing at the USPTO to a first Office Action is 16.8 months.

Total pendency from application filing to either patent issuance or application abandonment varies from 23.2 months for all applications excluding any applications requiring a Request for Continued Examination (RCE) to 45.7 months considering only those applications in which at least one RCE is filed.

Waiting 2 to 4 years to obtain a US patent may be too long for some patent applicants. This may be especially true for applicants in technical fields with limited periods of commercial advantage, such as the consumer electronics and software-related industries, or those applicants eager to enforce their impending patent rights against potential infringers.

The USPTO offers multiple initiatives to advance the speed of examination. The availability of these opportunities varies based upon the type of application and are frequently unavailable for applications entering the US national stage from a PCT application. This Article outlines the options available at the USPTO to expedite patent examination giving special consideration to potential obstacles for European and other foreign patent applicants and practitioners.

One of the quickest way to expedite examination at the USPTO is to request Track One Prioritized Examination (“Track One”). Track One provides applicants with the opportunity to reach a final disposition of the application within 12 months from the granting of a special status.

For the 2021 fiscal year, the average time from application filing to final disposition for Track One is less than 8 months. In order to meet this 12-month target, applicants are not permitted to petition for any extensions of time or else the granted special status under the Track One program is lost.

Further, European applicants should be prepared to amend the claims at filing as Track One examination limits the claims to a maximum of 4 independent claims and 30 claims in total and does not permit any multiple dependent claims permitted.

The USPTO provides a non-extendable one-month period after application filing with a Track One request to provide claim amendments that cancel any excess claims and/or remove multiple dependent claims. However, this delays examination as the Track One request will not be granted until the applicant takes corrective action.

Since Track One was introduced as part of the America Invents Act, the number of accelerated examination petitions has steadily declined.

In 2015, which is the last year for which the USPTO provides any statistics, less than 200 petitions for accelerated examination were filed. Further, in 2016, the USPTO requested public comment as to whether the accelerate examination program should remain.

As with Track One, applicants can file a bypass continuation in order to benefit from accelerated examination, and applicants are not permitted to petition for any extension of time or else the granted special status is lost.

The examination support document must include, among other things, an information disclosure statement with the most relevant references found in the search and an identification of all limitations in the claims disclosed in the cited references and where such limitations are found in the cited references. A search report from the EPO will not be sufficient to substitute for this examination support document.

In addition, a petition to make special is available for applications for inventions that will materially enhance the quality of the environment, contribute to the development or conservation of energy resources, or contribute to countering terrorism.

No definitive goal for reaching a final disposition of the application is set for these petitions. Rather, these applications are merely advanced out of turn and examined ahead of other currently pending applications.

Notably, these petitions to make special do not require payment of a fee or submission of a statement of pre-examination search and an examination support document. Further, there are no restrictions on multiple dependent claims or number of claims.

Also unlike Track One or accelerated examination, a PPH request can be made for US national stage entries of PCT applications. No fee is owed to the USPTO, and the application does not lose its special status by taking extensions of time or filing a Request for Continued Examination. Further, no restrictions are placed on the number of claims or against multiple dependent claims.

However, filing of a PPH request can be unnecessarily restrictive on the examination process. In order for a PPH request to be granted, the claims pending at the USPTO must sufficiently correspond with the claims allowed by the office of earlier examination. A claim is considered to sufficiently correspond where the claim is of the same or similar scope as a claim allowed by the office of earlier examination.

This standard continues to apply throughout the examination process. As a result, an applicant’s ability to amend the claims to take into consideration particularities of US patent practice may be limited. For European practitioners, this standard may be particularly frustrating in view of differences between standards of clarity or definiteness and inventiveness in the US compared to Europe.

For instance, compared to European examiners, US examiners are often averse to functional language typically used in European apparatus claims and may require applicants to replace or supplement functional limitations with structural language. European practitioners accustomed to a strictly tailored inventive step analysis may be confronted with difficulties in view of the US obviousness analysis.

In the US obviousness analysis, there is no concept of a “closest prior art” document forming the basis of the obviousness determination.

Thus, applicants must take the obviousness rejection as it is made and cannot modify the combination of references by arguing that some other prior art document is “closest.”

Additionally, there is no limitation placed on US examiners as to the number of prior art documents that can be combined to make an obviousness rejection. Finally, US patent law does not include a prohibition in obviousness rejections that corresponds to the prohibition against using intervening or “pop up” references under Article 54(3) EPC which references cannot be used in an inventive step analysis under Article 56 EPC.

Because applications cannot be withdrawn from the PPH program, applicants unable to overcome the rejections of the USPTO while meeting the substantially corresponding standard may be required to file a continuation application without a PPH request in order to have the freedom to amend the claim as necessary. Filing a continuation application puts the applicant at the end of the examination line, which ultimately delays rather than expedites examination.

Effective December 1, 2021, a new PPH Pilot Program between the USPTO and the National Institute of Industrial Property of France (INPI) allowing applicants receiving a favorable patentability opinion from one of the offices to accelerate examination in the office of later examination. For more information on the PPH program between the US and France, more information can be found here.

While the After Final Consideration Pilot 2.0 (“AFCP”) program is not a mechanism for expediting examination like Track One or accelerated examination, the AFCP program is intended to advance the goal of compact prosecution by reducing the number of RCEs necessary to reach a Notice of Allowance.

The program provides examiners with additional time to consider an application so that a Notice of Allowance can be issued rather than requiring an RCE such that any amendments submitted after final can be searched.

All applications, including US national stage entries of PCT applications, can take advantage of the AFCP program. An AFCP request must be filed concurrently with a response to a Final Office Action in which at least one independent claim is amended in a non-broadening manner.

No fee is owed to the USPTO for an AFCP request. Further, no restrictions are placed on the number of claims or against multiple dependent claims.

According to a Juristat study2 from 2019, examiners issue a Notice of Allowance in response to about a quarter of AFCP requests. Given that applications currently wait about 2.4 months after an RCE filing to receive the next communication from the USPTO, the AFCP program works to advance an application to allowance more quickly at least by avoiding this delay associated with RCE filing.

The USPTO takes the position that interviews are an effective examination tool and generally promote compact prosecution.

From May 2011 to January 2021, the USPTO offered the First Action Interview Pilot (FAIP) Program, which entitled an applicant to an interview with the Examiner prior to issuance of the first Office Action on the merits. Statistics for the FAIP program from 2020 show that the applications taking part in the FAIP program received a First Action allowance at twice the rate of other non-continuing applications.

These statistics support the position that interviews between the Applicant and Examiner are generally advantageous for expediting an application to allowance without the need to participate in any formal USPTO program.

As long as the interview can resolve issues and further prosecution, the USPTO espouses that there is no bad time for requesting an interview. However, upon issuance of a Final Office Action, any interviews are permitted at the US Examiner’s discretion. Therefore, to advance the speed of examination, interviews should be held as early in the examination process as possible. 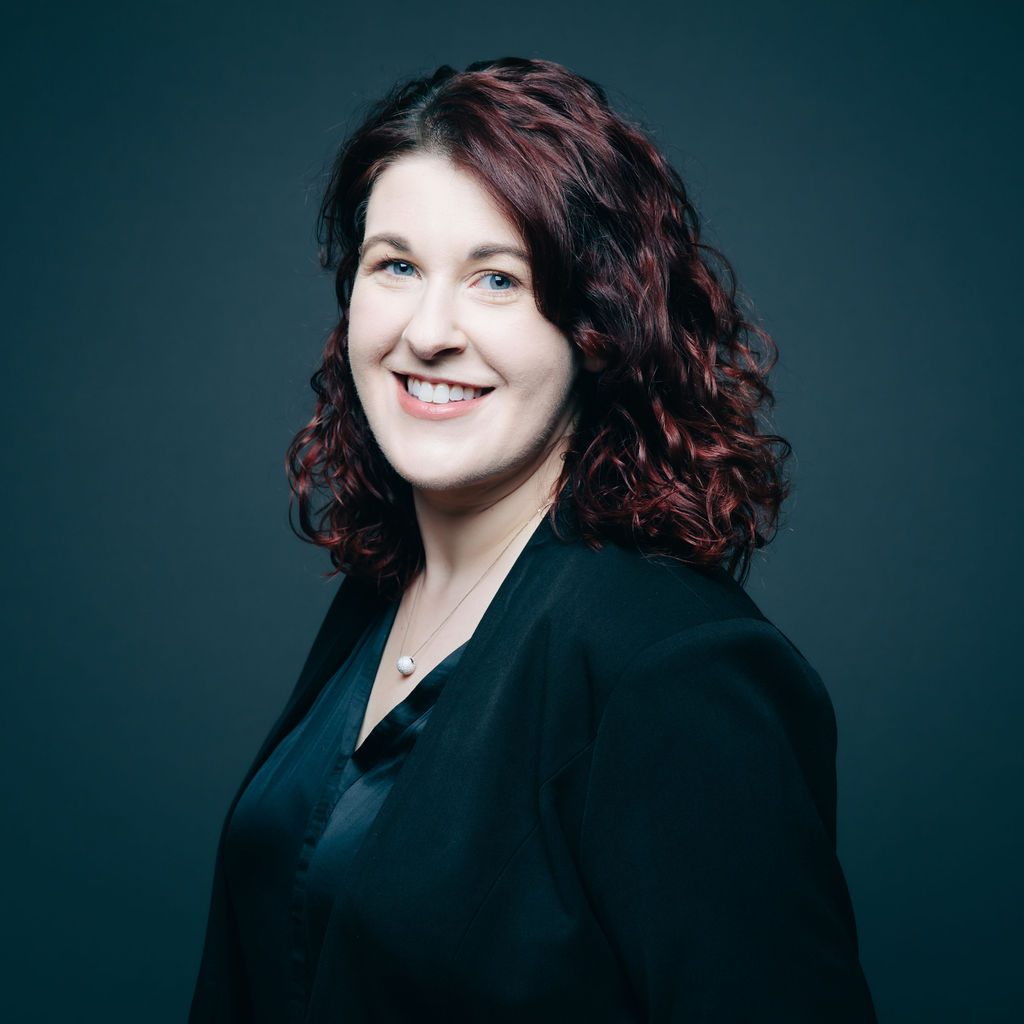